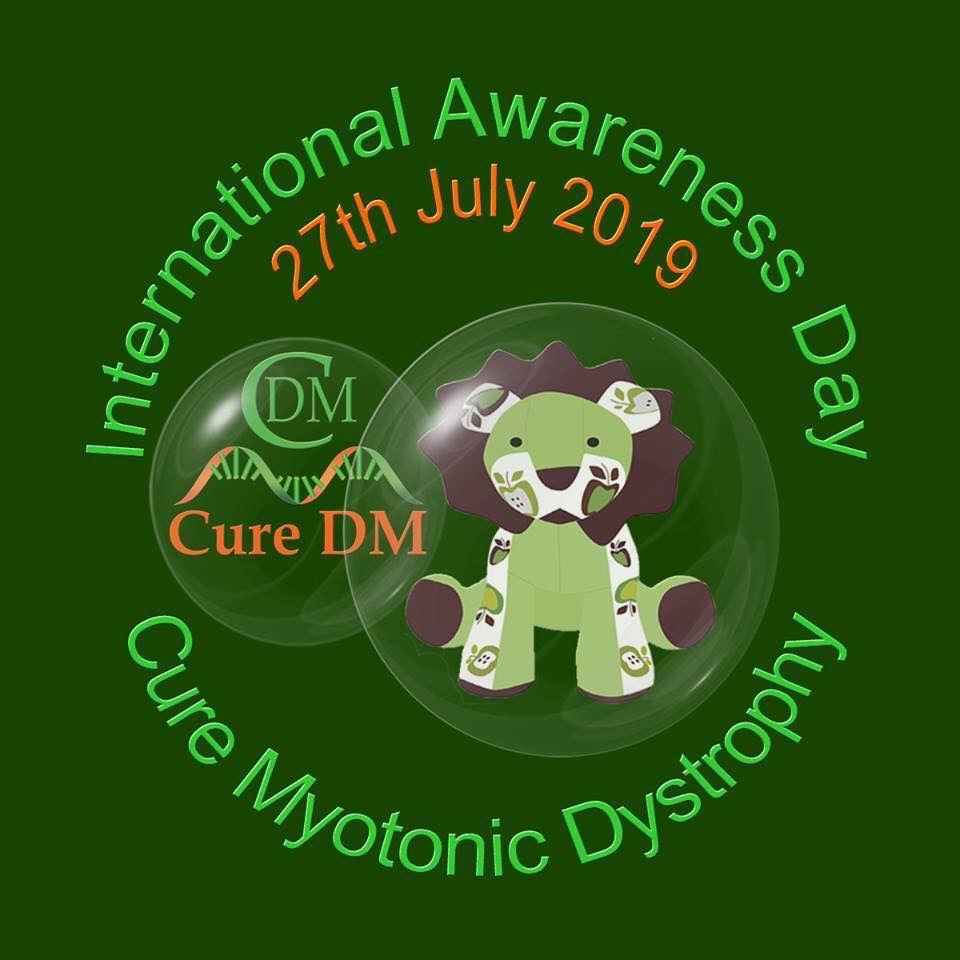 I have been accused by many of focusing too much on my children’s disease, of creating a self-fulfilling prophecy of weakness, inability, and demise in them, and of assuming an identity solely centered around being a mother of disabled children.

Today, July 27, 2019, the International Awareness Day of Myotonic Muscular Dystrophy, I say this to all my critics: I speak publicly about my children to give a name to a rare disease that most people haven’t heard of, though thousands of families worldwide live, die, thrive, and struggle each and every day with this incredibly complex medical condition. That’s called raising awareness.

I speak to my children about their disease so that they can understand their symptoms and not dismiss them (ironically a VERY common symptom of the disease itself) because I don’t live inside their bodies and can’t know what they are feeling, so I believe that they should know about each and every organ system that is affected (because it can be just about every single one in the body) in order to be able to report changes accurately with this degenerative neuromuscular disease that has no cure. That is called fostering self-awareness.

I learn about this disease, read scholarly articles, scour medical journals, and befriend others who care for those with Myotonic Dystrophy and those that have it themselves to gain an understanding of the condition and also to build confidence in my abilities as a caregiver so that when a doctor ignores my concerns about my son’s respiratory issues, and attempts to make a decision that could have easily become a fatal outcome, my voice is heard by another doctor who finds my concerns to be valid and at least gathers a critical airway team prior to removing his breathing tube post-surgery, resulting in only a near-fatal extubation. That is called ensuring awareness and also being an advocate for my children.

In the 10 weeks that I have spent in the hospital with my son, Giacomo, I have learned the true value and importance of this awareness, which makes this criticism even more hurtful. I have watched mistakes happen, things go unnoticed, symptoms dismissed, procedures done incorrectly, and my son’s life be completely altered. And it is this awareness–mine, his, and his siblings–that has allowed him to be as stable as he is today, both physically and emotionally. It is this awareness that allows him to find the joy in the simple things in his life, because he is grateful to have a life, and understands how very precious each moment is. 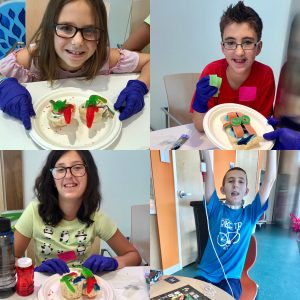 Case in point: these photos. The other day, G and I played Monopoly Empire, while his siblings made “Unicorn Sushi,” (i.e. Rice Krispie bars, rolled with Fruit Roll-ups, and tons of candy.) Without a doubt, he wanted to sit where his siblings sat, wrapping sugar on sugar. However, he also has an awareness that putting ANYTHING in his mouth at this moment puts him at risk for aspiration, so he made the conscious decision to decline to make the sushi since he couldn’t eat it, but still opted to sit near them so he could watch and smell their creations, having an awareness that they could all have fun together, even though they were doing different things. (And I think that he might argue his victory over me far surpassed the sushi anyway.)

So yes, do I speak openly about myotonic dystrophy and how it affects my family? Yep. Do I talk with my children about their disease, but also make it a life motto that it may be a reason that they can’t do something or struggle with certain things, however, it will NEVER be an excuse to not try? I sure do. And will I ever stop learning about this crazy medical condition in order to educate others so that my children (and all the families affected by it) can seek and receive proper and appropriate medical treatment as well as school and community support that they deserve? Not a chance…because that, my friends, is what AWARENESS looks like. And if that is what I am accused of, I will say, I am guilty as charged. Oh, and Happy International Awareness Day of Myotonic Muscular Dystrophy.