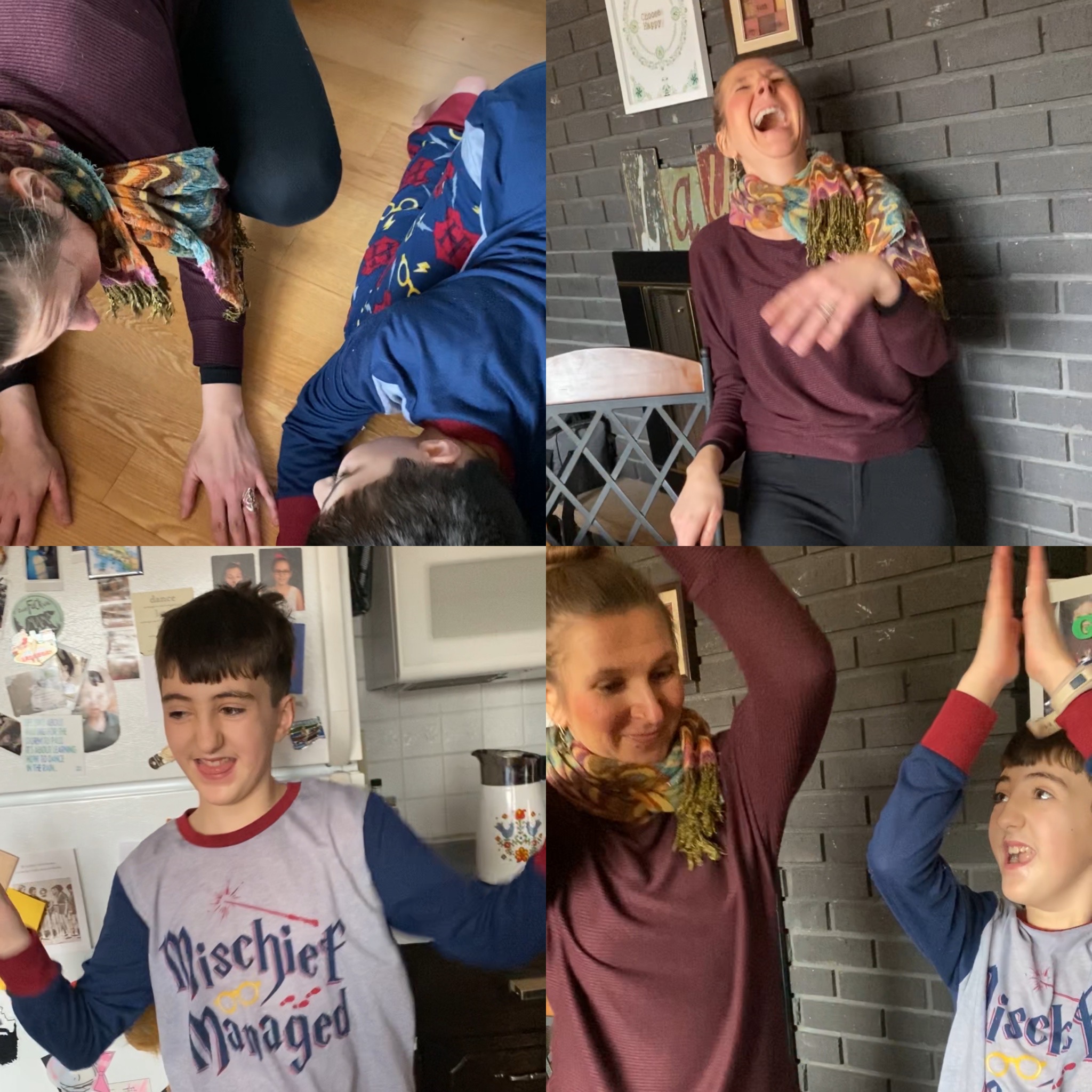 About five minutes before Gianna shot these pics of our spontaneous dancing to the Cha Cha Slide, (which I’m clearly not very skilled at, but do have the ability to laugh at myself whilst doing,) I was sobbing in my car, something that I have done more times than I can count the last couple of days. I won’t bore you with the details as to why, as all of us are feeling things right now and sometimes they just implode, which is exactly what yesterday was for me. I highly doubt that the worst of this has occurred, and we are in for a long haul of intensity, uncertainty, and plenty more moments of me burying my head in my hands and unabashedly bawling my eyes out…

But this is what I know:

The kids came home yesterday from school and “Quarantine Social Isolation Vacation” began. I asked them how they were feeling about this whole virus thing and Lūck said to me, “Should I be worried mom?” And I said, “No.” Because he shouldn’t be. Not that this chaos isn’t worrisome, especially for these four kids that are technically part of the “vulnerable,” but the worries are for the adults, not the children.

“Okay,” he said confidently. “Then I’m not worried,” reinforced by a solid embrace.

All four of my offspring assured me that they had no plans of catching the corona or any virus and that they knew how to stay healthy, as they rattled off a list of the things we do on the regular to prevent illness, that included things like eating nutritious food, washing their hands, keeping things clean, taking their vitamins, getting plenty of sleep, exercising, and being outside.

This morning, before I left for work (because telecommuting is not an option for me,) we had a family meeting. I informed them that lots of families were homeschooling their kids during this time. Both their faces and their proclamations of “We’re not doing that!!” only solidified my beliefs that I was not, in fact, going to homeschool them during the next two weeks, because we are going to use this time to just do what we do normally to get through our challenges…focus on spending our precious time with each other in our little party of five.

So I left them and went to work, doing a job I love, in a place that actually felt normal as people were more focused on feeding their babies than hoarding flavors of Campbell’s soup that nobody actually eats.

I left them with baskets of laundry to fold so that when I got home later we could watch a movie together. I gave them instructions to make updated “Morning Jobs” and “Night Jobs” (and was pleasantly surprised to see the a couple of them even made different versions for days when school was in and out of session.)

I reminded them to self-limit screen time and ride their bikes (which Lūck did, despite me nicking his with my van on the way out of the garage and displacing a pedal.)

And when I made my way back into my garage after work, I wiped my tears away, for the moment, gave my nose a blow, and threw my tissues into my big blue garbage can. I took a couple deep breaths and walked into my home, where I was protected, at least for now, greeted by smiling children, already bathed and in their jammies, a report from both Giacomo’s new nurse and our PCA, who was serving more as a nanny today to cover my childcare needs, that all was well, and there had been no issues, unless you count one child dominating in the game of Sorry!

The sun was still shining…Dinner requests for nachos were put in…And the Cha Cha Slide was playing on the radio…leaving us really no choice…but to dance out this day (and with it, a little bit of the coronavirus.)